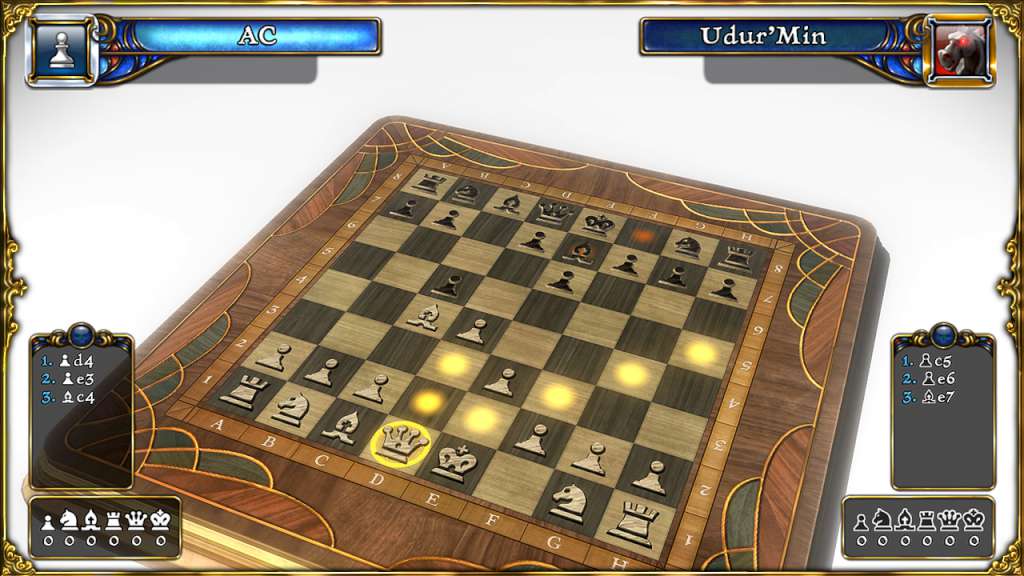 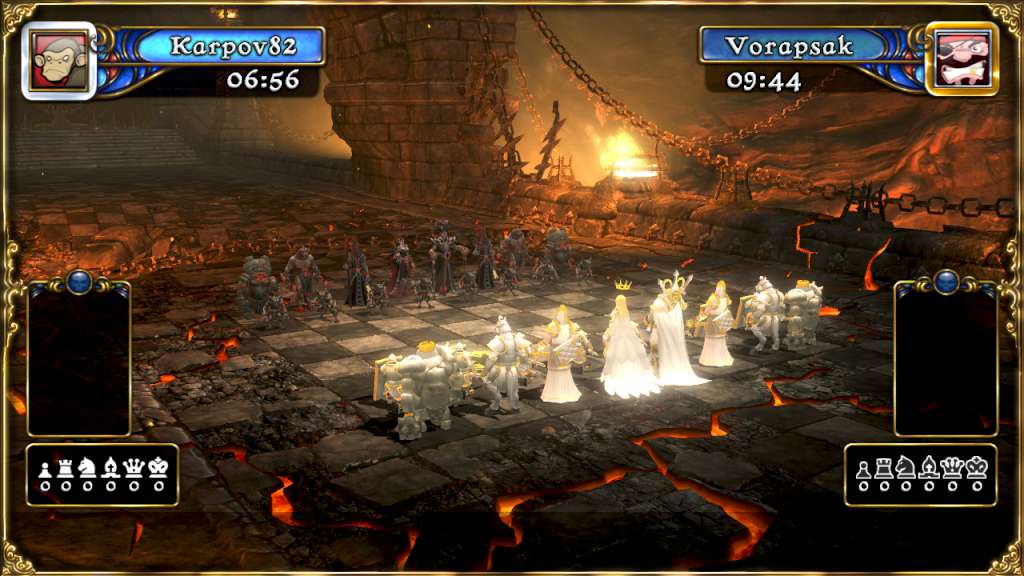 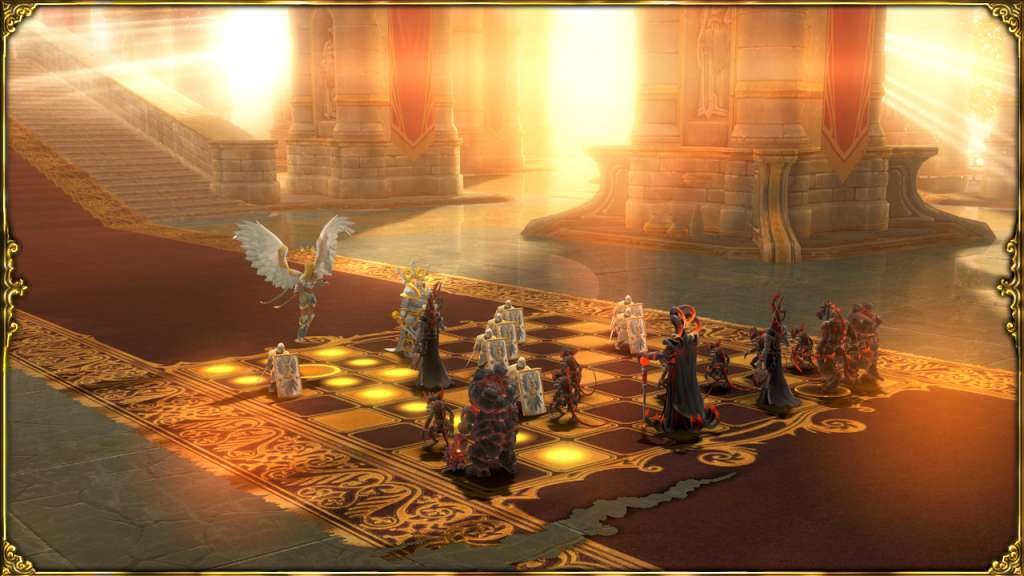 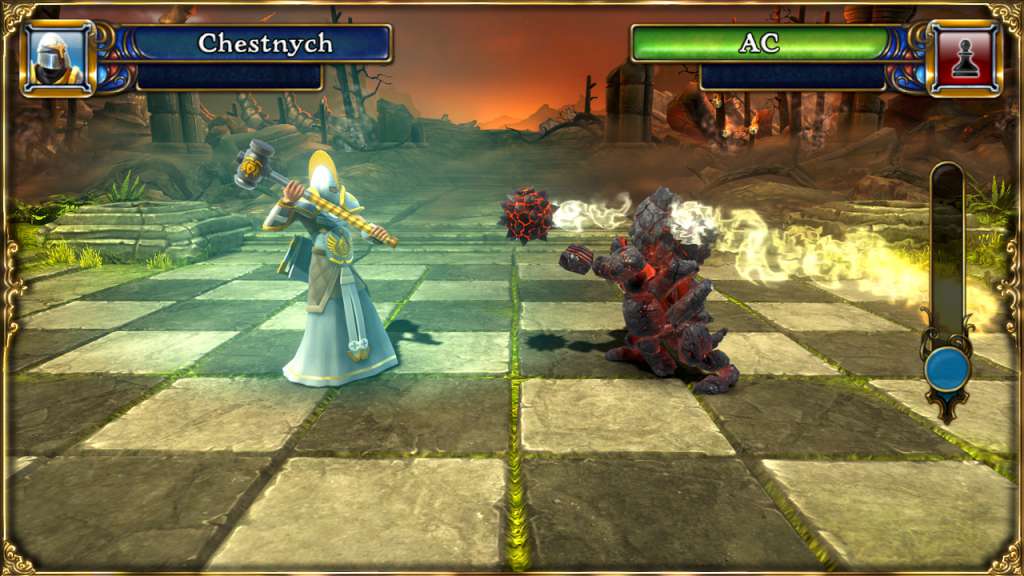 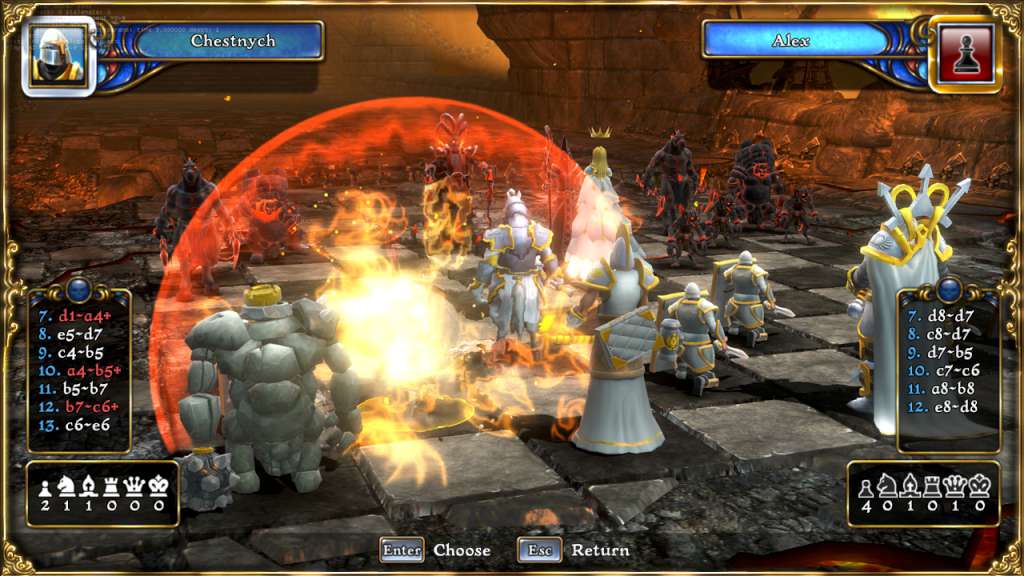 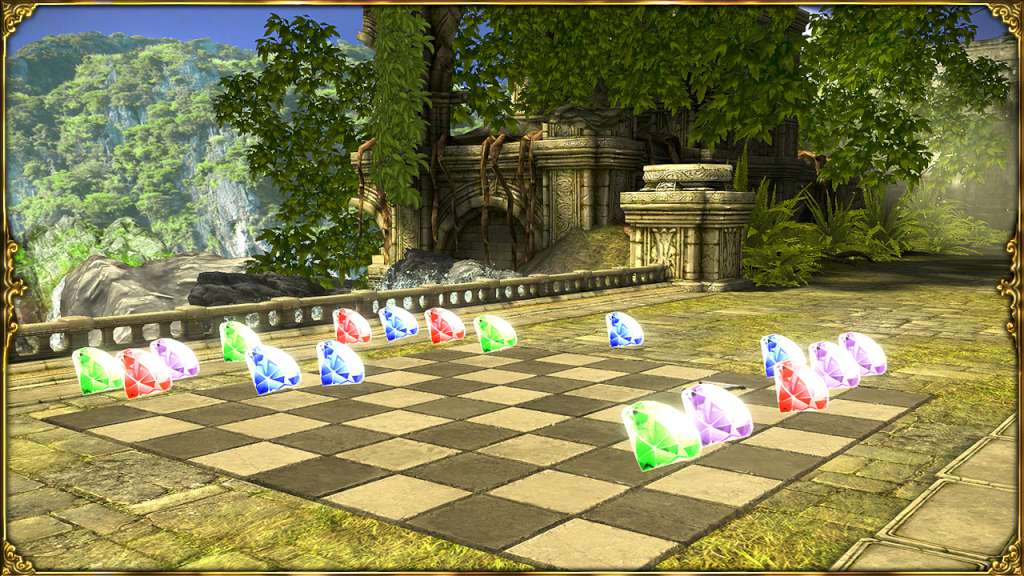 Commanders, assemble your armies! CHECK vs. MATE calls for an interactive feather duster, chartering the successful chess game principle into the present day multimedia world. Animated fantasy figurines assemble in magical worlds and await your command! As a Commander, execute skillful maneuvers on the game board and catapult yourself directly into the battle with devastating attacks, chessman vs. chessman. After a 2012 lawsuit from Interplay Entertainment over IP infringement, "Battle Chess" against "Battle vs Chess", the game and its DLCs/Editions were renamed Check vs. Mate and released digitally in North America. Although the content is the same, the game was given a second listing on Steam for the new title, as Battle vs Chess has Steam trading cards not linked to the NA title. This also lead to their being Steam key differences across online stores for the game and its DLCs/Editions causing some problems at the time.