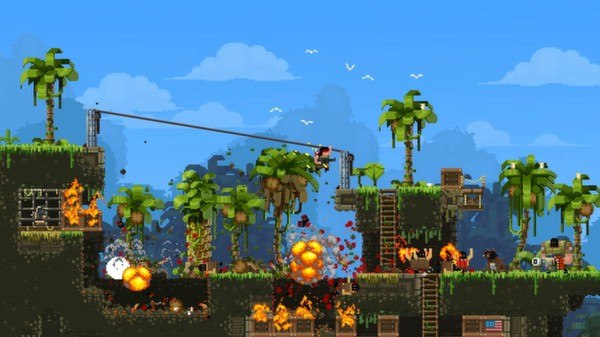 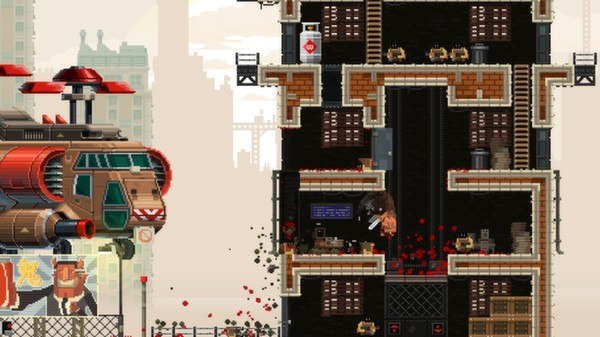 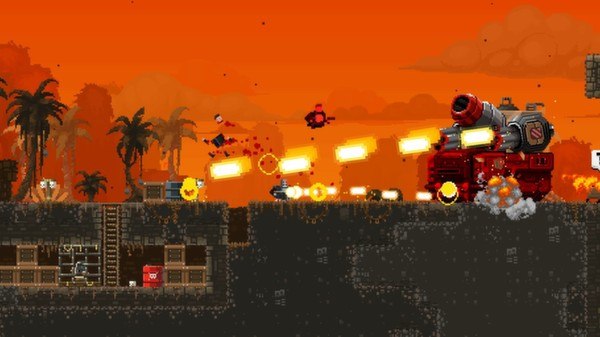 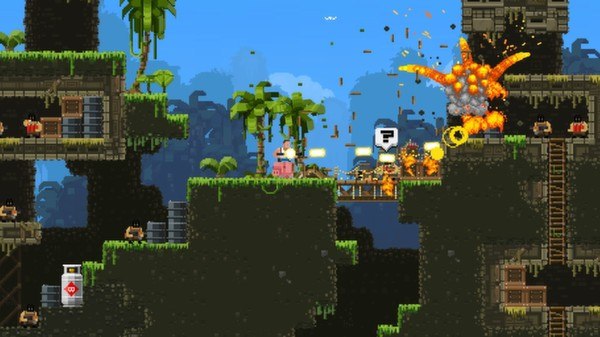 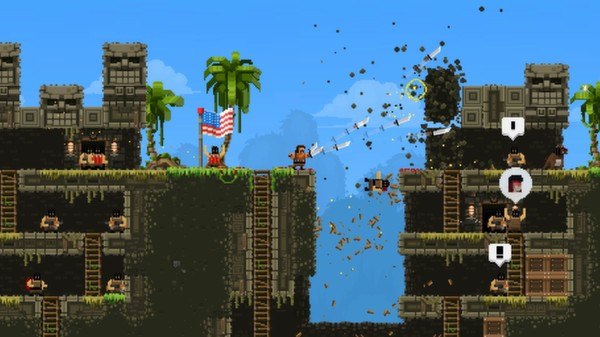 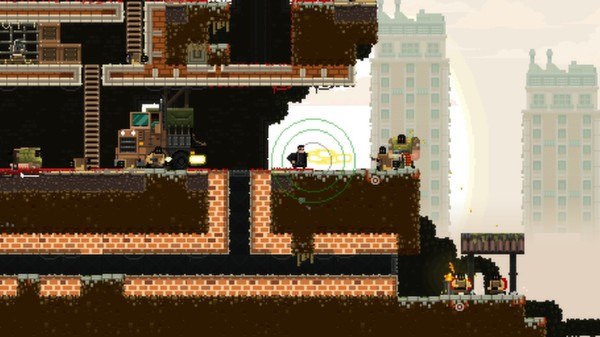 Broforce is an action platformer about 80’s & 90’s action heroes making up the Broforce team, an under-funded vigilante paramilitary organization. The game features ridiculous violence, pixel art graphics and a fully destructible Vietnam setting. While masquerading as a run ‘n gun in the vein of Metal Slug, Broforce’s reactive environment encourages tactical play. Each bro out of the 13 the game currently features has distinctive overpowered attacks and special abilities, and mastering them all is one of Broforce’s core pleasures. Death is instant and can be surprising, but this is balanced by the incompetence of the enemy. Explosions are plentiful and very often result in chaotic chain reactions, but this shouldn’t discourage you from permanently holding down your trigger finger. Yelling “‘Murica!” while you do so is optional. Broforce is best played co-operatively, two to four players (though single player is an option). Vehicular action sequences, dinosaurs, aliens and epic Contra-inspired boss fights, deathmatch arenas with leaderboards and rankings, a level editor, the ability to challenge friends and share custom levels, and a customizable Brofort with unlockable rooms. The only thing left to say is: brace your loins.